Learnperf.com is a series of posts on web performance geared towards beginners.

Since we’re trying to be good developers we’re going to think about performance, Mobile First. Many who have grown accustomed to this term usually refer to it as tackling responsive aspects of the site first. Though this idea isn’t fallacious, it’s not complete either. There is more to making a mobile site than setting a few media queries and getting it to look nice.

We should consider Networking, CPU, and GPU on mobile devices.

As discussed in part 2 you should do your own research and find what devices you’re targeting. In an ideal world you would test these target devices by physically plugging them into your laptop, pulling up dev tools, and profiling your application. Since many of us don’t have a quiver full of deprecated mobile devices, Chrome Dev Tools offers a built in Network and CPU Throttling setting to help us emulate slower devices and make performance improvements. If you need a definitive performance audit you should test with real devices on real networks when possible.

See Progressive Performance (Chrome Dev Summit 2016) for some great insight on why testing on mobile is important. 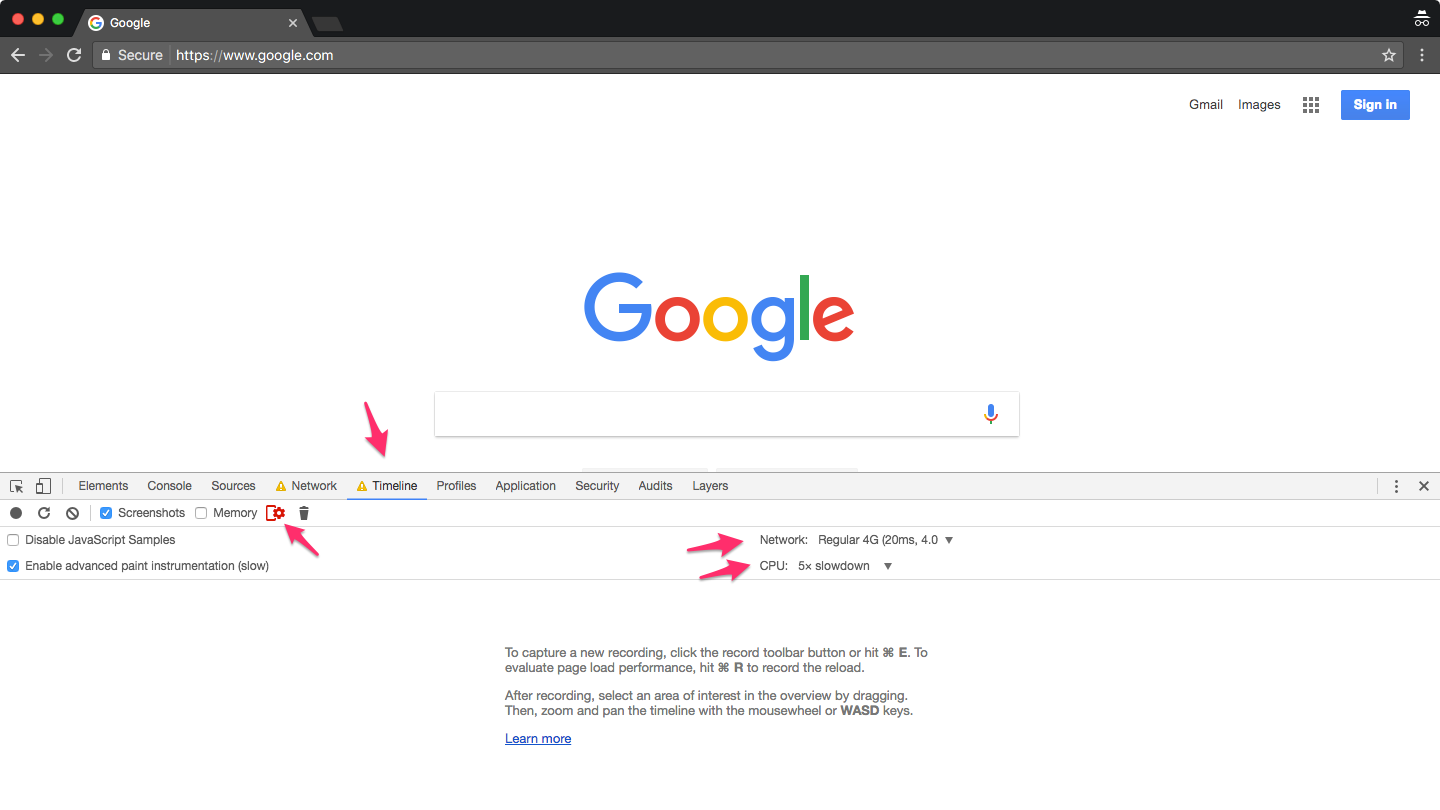 In Chrome you can easily turn on throttling by doing the following:

Now when profiling your site, Chrome will do it’s best to emulate these throttle settings. 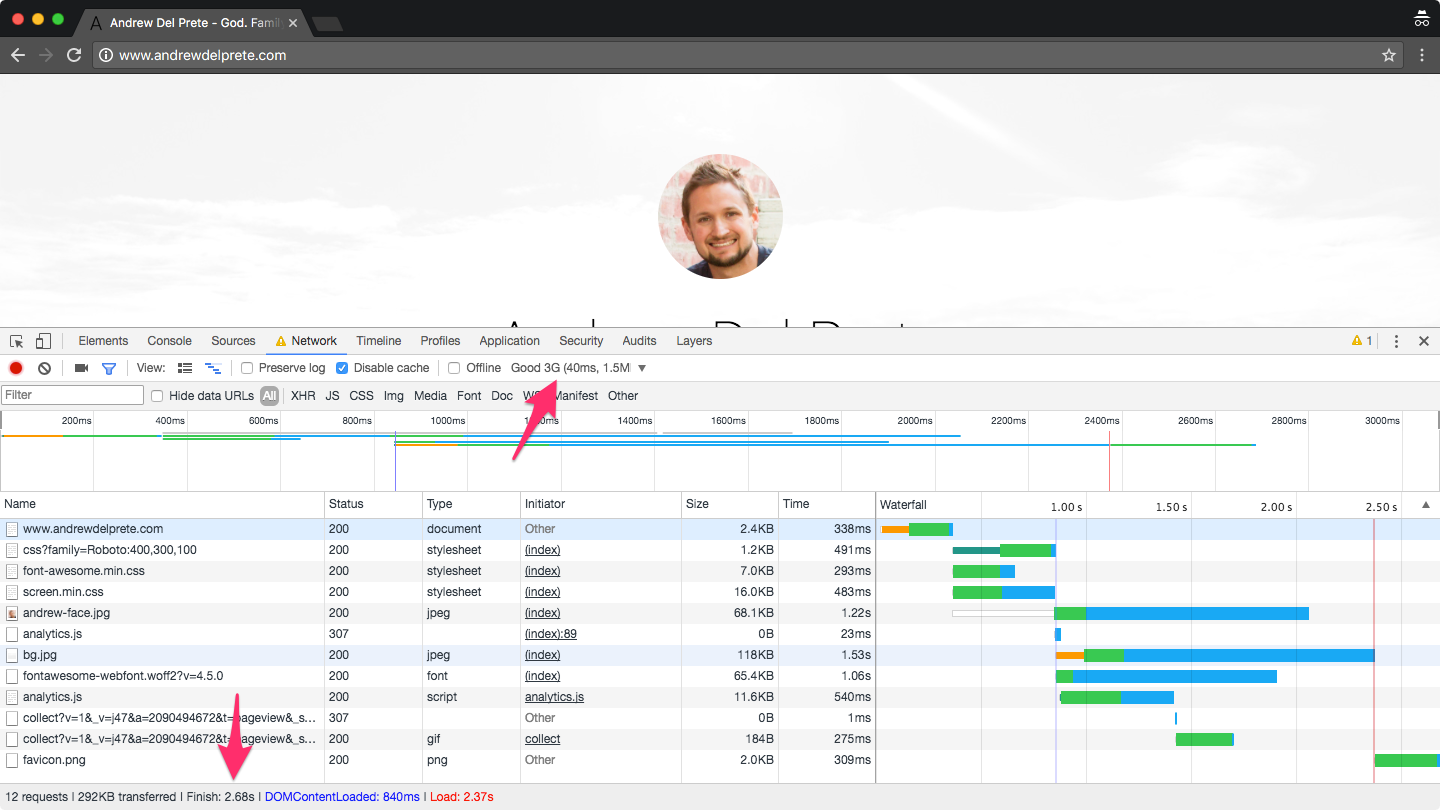 Depending on your target device and it’s presumed internet speed, you have several options of profiling your application’s performance:

You can also use tools like BrowserStack or GhostLab to profile a range of desktop and mobile devices over the web.

You’re probably saying to yourself “testing on mobile sounds like work. Are we expected to spend extra time throtting our CPU / Connection or even purchase older devices?”

I think it depends on a couple of factors:

In my opinion, the best thing developers can do is learn the basics and make a conscious effort toward improving performance during development.

In my next post we’ll look at the Network Tab in more detail; specifically what TTFB (Time to First Byte) means and how to measure it.